The development of DNA sequencing technologies that produce vast amounts of sequence information has triggered a paradigm shift in biology, enabling massively parallel surveying of complex nucleic acid populations. The diversity of applications to which these technologies have already been applied demonstrates the immense range of cellular processes and properties that can now be studied at the single-base resolution. These applications include, but are not limited to, the sequencing of genomes to uncover nucleotide polymorphisms and structural variation, as well as epigenomes to reveal sites of DNA–protein interaction and cytosine methylation, allowing an assessment of how their dynamic interactions impact the transcriptome. We have been utilizing genomic technologies to address long-standing questions in plant and human biology. Two major areas of research in my group are described below.

Understanding the Epigenomes of Plants and People. 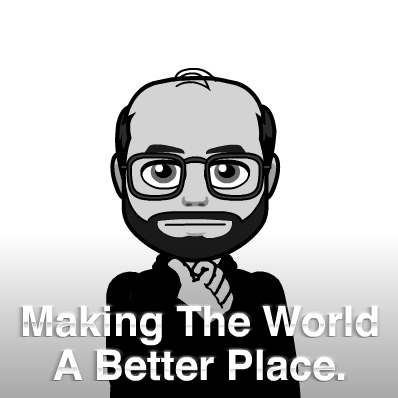 Nature vs. nurture, genes vs. environment; what is more important? My group is interested in understanding the roles of genetic and epigenetic processes in cell growth and development. By understanding how the genome and epigenome talk to one another, we hope to be able to untangle the complexity of gene regulatory processes that underline development and disease in plants and humans. Our view of heredity has largely been written in the language of DNA. Recent discoveries in a field known as epigenetics (the study of heritable changes in gene function that occur without changing the letters of the DNA alphabet) show that how a cell “reads” those letters is critical. Adding molecules such as methyl groups to the backbone of DNA can change how genes interact with the cell’s transcribing machinery and hand cells an additional tool to fine-tune gene expression. The genomes of higher eukaryotes are peppered with modifications. Our group has pioneered new technologies that allow us to capture the genome-wide DNA methylation pattern of the plant Arabidopsis thaliana and chart its effect on the activity of any of Arabidopsis’ roughly 30,000 genes. Cells employ a whole army of enzymes that add methyl groups at specific sites; maintain established patterns or remove undesirable methyl groups. When comparing normal cells with cells lacking different combination of these enzymes we discovered that cells put a lot of effort in keeping certain areas of the genome methylation-free. On the flipside, we found that when they inactivated a whole class of methylases, a different type of methylase would step into the breach for the missing ones. This finding is relevant for a new class of cancer drugs that work by changing the methylation pattern in tumor cells. Being able to study the epigenome in great detail and in its entirety will provide a better understanding of plant productivity and stress resistance, the dynamics of the human genome, stem cells’ capacity to self-renew and how epigenetic factors contribute to the development of tumors and disease. We are now exploring how DNA methylation effects the development of human embryonic stem (hES) cells as well as induced pluripotent stem (IPS) cells as they are induced to differentiate into other types of cells.

Unraveling Hormone Regulatory Networks in Plants. How plants perceive and transduce hormone signals to affect dramatic changes in form and function is a fundamental question in biology that also has important practical applications. The response to ethylene gas continues to serve as a paradigm for understanding the mechanisms of plant hormone signal transduction. Ethylene plays critical roles in development, such as in the ripening of fruits and in responses to a variety of physical and biological stresses, such as pathogen attack. In order to understand the molecular mechanisms that underlie these biological processes, genetic, molecular, biochemical, genomic and cell biological approaches are being employed using the reference plant Arabidopsis thaliana. In particular, we have characterized the functions of a number of key positive regulators in the ethylene signaling pathway including EIN2, and EIN3. EIN2 is an ER-located integral membrane protein whose levels are regulated by ethylene-dependent proteosome degradation. By a poorly understood process, a portion of the EIN2 protein called CEND, which alone can activate ethylene responses, is cleaved and translocated from the ER to the nucleus upon exposure to ethylene. We will investigate the mechanism of ethylene-dependent processing of the EIN2, identify proteins that may mediate its nuclear translocation and/or are required for CEND function. Genetic approaches will be used to functionally assess the role of proteins that interact with the essential ethylene pathway regulator EIN2. The EIN3/EIL family of master regulatory proteins participates in a transcriptional cascade that controls the expression of nearly 1,000 ethylene response genes. Like EIN2, these proteins are also modulated by ethylene-dependent proteosome degradation. We have recently identified a large number of direct targets of EIN3 using chIP-sequencing methods and found that EIN3 functions in a negative feedback loop to control the expression of nearly all the negative regulatory genes in the ethylene signaling pathway. Additionally, we are employing genetic approaches to functionally characterize EIN3 targets, which are predicted to function in hormone cross-regulation. Finally, we hope to define the roles of EIN3-related EIL proteins in mediating various downstream responses by identification of the direct targets for each of these poorly understood transcription factors. Identification and functional characterization of ethylene signaling pathway targets, and analysis of their interactions with the known signaling pathway components will provide new insights into the diversity of biological effects of the simple hydrocarbon, ethylene. Moreover, understanding the functions of these proteins will allow an ability to modify the beneficial and/or detrimental effects of ethylene in any plant, in particular, crops with important economic or social value.